Just like last week, I set out before sunrise along the same roads for my solo hike today. This time, instead of hiking the outskirts of Mount Rainier National Park (MRNP), I ventured into the park and purchased an annual pass. I didn’t regret that decision one bit! My early rise got me to the Sunrise parking area before 8 am, which was perfect as there were only four other cars in the lot. Since it was a brisk 57F degrees, I promptly wrapped myself up in my cozy fleece and headed into the thick forest along the Wonderland Trail. 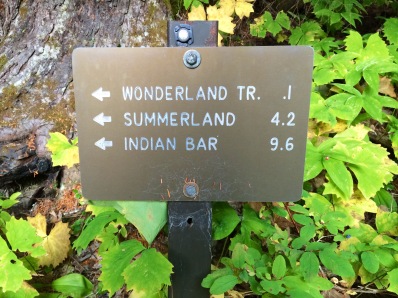 The initial portion of this trail, which runs along Fryingpan Creek, was under the shade of old growth trees. The wide, flat path itself was beautifully maintained.  In fact, I offered my appreciation on my way out to a WTA work crew who were working to make improvements to that part of the trail. For most of this fairly easy section of the trail, I heard the wondrous sound of water flowing in the creek. On this crisp autumn morning, there were a few points on the way up that offered a spectacular show of the creek cascading down the ravine below, as well as a striking view of Cowlitz Chimneys above. 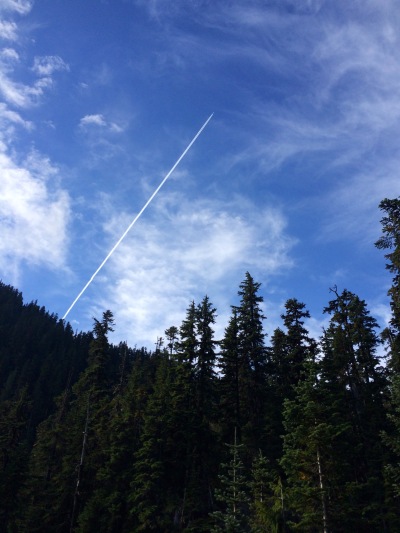 Hiking at this time of year provides arguably the best colors from the changing autumn foliage. I absolutely loved the vivid hues of red, orange and yellow against the jagged outlines of the rocky peaks.  As I made my way out of the forest, I was greeted with glimpses of Mt. Rainier peeking through the autumn leaves. What an absolute tease she was, hiding in out as I weaved through the trail. But, my favorite parts of this hike were the numerous log bridges, especially the long narrow one beckoning me across Fryingpan Creek and up the switchbacks towards Summerland Meadow.

Summerland is magical. After the fantastical beauty I experienced, I now understand the desire to backpack and camp in this glorious field awashed in a rainbow of wildflowers and foliage set against the unreal views of Mt. Rainier and her spectacular neighbor, Little Tahoma. At the end of the Summerland portion of the Wonderland Trail, from the group campsite, is a picturesque view of the peaks and valleys of the Southern Cascades. I took a quick break to capture the imagery in front of me before heading up the trail towards Panhandle Gap.

Up ahead of me was a never-ending passage of stairs that crisscrossed over glacier-driven creeks, departing from the meadow toward a landscape of volcanic rock. I was greeted by a resting marmot on a large boulder at the “entryway” to this section of the Wonderland Trail. I felt like “Alice in ‘Wonderland’” with Mr. Marmot playing the role of the White Rabbit, as he stared at me as I approached him until he realized he was late for an appointment and finally scampered off to where he needed to be. Since I didn’t see another creature for the remainder of my trek, I’m convinced he was there just for me.

The last 1.5 mile ascent to Panhandle Gap from Summerland is nothing like I have ever encountered before. If I were to imagine the surface of the moon riddled with mountains of boulders cutting deep into valleys and glaciers pushing melting ice flows into cascading waterfalls, gushing rivers and nestled ponds, then I was clearly transported to that lunar landscape. The fog rolled in and out at this elevation, making the way to Panhandle Gap seem even more remote and frigid. One minute Mt. Rainier was visible in all her glory, the next minute she was nowhere to be found. I felt light years away from Summerland. 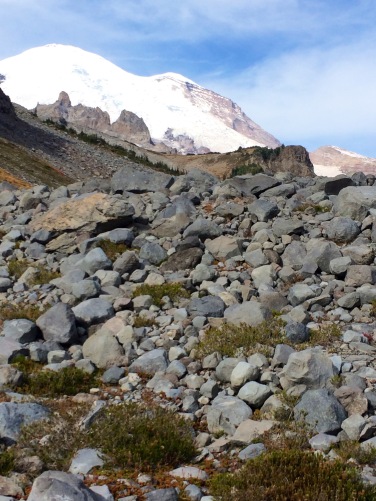 Thank goodness for some of the company I encountered towards the Gap. Being alone for a strong majority of this trek, it was nice to finally see a handful of similar souls at this mist-shrouded point of the rocky terrain. We all seemed to converge at the Gap together, just as the fog completely dimmed any possible views of Mt. Hood and Goat Island Mountain to the south, or even Mt. Rainier, for the matter. Oh well, at least I enjoyed the remainder of my lunch after a fun scramble to the very “top” of Panhandle Gap. I made it!

The way down was generally uneventful, but not any less magical. The low morning light was completely erased by the brilliant afternoon sun when I returned back to Summerland. The colors were even more splendid in the meadow, but the previously silent valley echoed with the voices of afternoon hikers who also came out to enjoy the foliage of Summerland. They missed out on the magic up above!  I arrived back at my car to find a lot overflowing with cars. I’m glad I headed out early otherwise I would have missed Mr. Marmot’s invitation to a magical Wonderland. 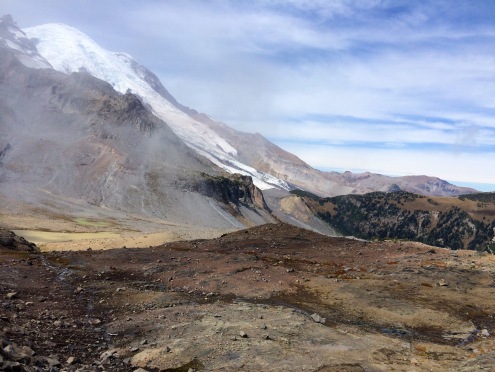 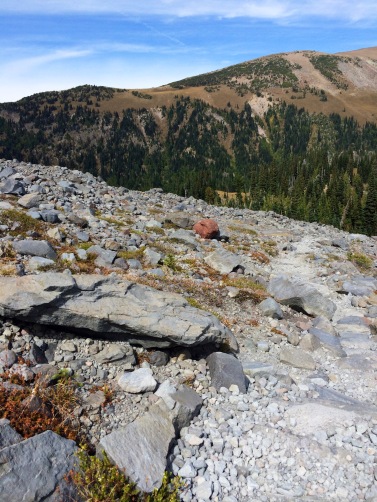 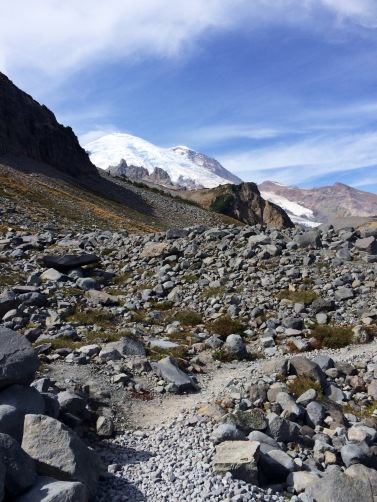